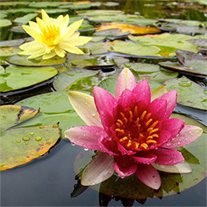 November 24, 1959 - October 29, 2013 Deanne Kay Mulligan of Holland, MI passed away on Tuesday the 29th of October, 2013 at Hospice of Holland. The cause of death was breast cancer which had spread. Deanne is survived by her husband of 30 years, Bill Mulligan of Holland; son, Ryan of West Olive; parents, Rod and Faye Latzig of IL; and many aunts, uncles and cousins and their families. Deanne was preceded in death by a son, Brady, in 2012. Deanne was born in Rockford, IL to Rod and Faye Latzig (Muschinske). After high school she obtained a two year degree and worked in the accounting field. In 1983 she and Bill were wed and moved to Arizona before moving back to Illinois. Brady was born there in 1987 and Ryan in 1991. In 1995 the family moved to Holland, MI. Deanne was a devoted stay at home mom and later was employed as a Teacher's Aide in the West Ottawa school system. Although at first somewhat reluctant to leave Illinois Deanne quickly fell in love with the Holland area and was very pleased to raise a family here. Deanne was a naturally happy and contended person who took great joy in her family, friends, co-workers and the world around her. She radiated that joy to all who knew her. Deanne could have easily done many things but the simple pleasures in life and the happiness of her loved ones were reward enough for her. A bowl of ice cream or a piece of water melon, working in the yard or organizing a closet, a quiet walk or leisurely bike ride was enough to make a day complete. Deanne was a homebody but always enjoyed traveling with Bill and her fascination with new places was a pleasure to see. As a Teacher's Aide her interest in learning inspired many students to achieve. Deanne was compassionate, loving and sensitive but she was also very tough and brave. Her three year war with cancer included three major surgeries plus two more hospitalizations and untold numbers of office visits, tests, scans, chemotherapy sessions and radiation treatments. Deanne diligently adhered to all of the treatment regimens. Although she was unable to work and eventually was unable to do many of the things that gave her great joy she never complained, she never felt sorry for herself and she never gave up trying. Through it all she was as nice, as sweet and as in love with life as ever before. Deanne's life, and death, should inspire us all. Visitation will be Monday the 4th of November from 6 to 8 pm at the Langeland-Sterenberg Funeral Home, 315 East 16th St, Holland. Funeral services will be at the same location on Tuesday the 5th of November at 1 pm with a time of fellowship following. Interment will follow at 3 pm at Lakewood Cemetery on Lakewood Blvd west of 168th Ave, Holland. In lieu of flowers, please make contributions in Deanne's name to the Tulip Tree fund of Hospice of Holland so that others may benefit from the truly extraordinary services provided there.

November 24, 1959 - October 29, 2013 Deanne Kay Mulligan of Holland, MI passed away on Tuesday the 29th of October, 2013 at Hospice of Holland. The cause of death was breast cancer which had spread. Deanne is survived by her husband of 30 years,... View Obituary & Service Information

The family of Deanne Mulligan created this Life Tributes page to make it easy to share your memories.

Send flowers to the Mulligan family.