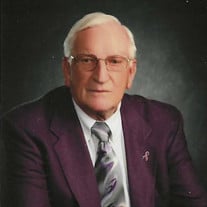 John Schutten (Major, Army and National Guard Retired Veteran), age 94, of Holland, passed away on Tuesday, June 14, 2022. John proudly served our country during the Korean War and retired after more than 32 years from the Army and Army National Guard as a Major. He was very active at Christ Memorial Church and the Holland Rescue Mission, now called Gateway Mission. John had a variety of work experiences. In his younger years, he picked up nails with a magnet, sold celery hearts, and would be smart by buying 3 cracker jack packs for 10 cents, and then selling each one for 10 cents at the Tulip Time Parade. He washed windows, delivered food, worked construction, and unloaded Box Cars for Lee and Kadie Warehouse during his time at Calvin University. After returning from service, John worked at Bohn Alum and Brass Co. Inventory Control, H.E. Morse, Owens Aims and Kimbell building Chris-Craft, and Chemetron Corporation for 19 years. After leaving Chemetron and moving to Wheaton, Illinois, John worked as the V.P. of Engineering for International Farm Systems. He came back to Holland to join Elzinga and Volkers as a construction manager, and later he started Woodland Associates Construction, and then left to start GMS Associates and Construction. John was preceded in death by his wife, Phyllis (Thompson); parents, Gerrit & Anna Schutten; and sister, Annette Schutten. He is survived by his children: Gary Schutten, Mary Schutten, and Jylene (Jeff) Diekema; six grandchildren; fifteen great grandchildren; and sister-in-law, Marianne Korhorn. No services are being planned at this time. In lieu of flowers, memorial contributions may be given to MountainChild. MountainChild derives its values from a Biblical worldview and exists for the purpose of raising awareness, resources, and financial aid for humanitarian work with those in the Himalayas that are the most remote, and therefore, have the least access to medical assistance, clean water, and education and are most at risk of child labor and human trafficking. Online donations can be made at https://mountainchild.org/john-schutten-memory, or checks can be made out to MountainChild with John Schutten in the memo line and mailed to 16965 Pine Ln, Suite 110, Parker, CO 80134.

John Schutten (Major, Army and National Guard Retired Veteran), age 94, of Holland, passed away on Tuesday, June 14, 2022. John proudly served our country during the Korean War and retired after more than 32 years from the Army and Army National... View Obituary & Service Information

The family of John Schutten created this Life Tributes page to make it easy to share your memories.

Send flowers to the Schutten family.