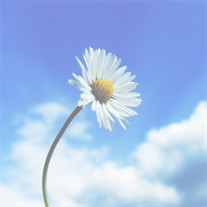 Juan Sandoval, age 87 of Holland passed away peacefully at his home Tuesday, July 29, 2014. He is survived by his wife Joan of 52 years; children: Juan Jr. and Nora Sandoval of San Diego, CA, James and Monica Sandoval of San Diego, CA, Joe and Tammy Sandoval of Zeeland and Julie and Darren Anderson of Holland, 15 grandchildren: Karla, Juan Israel, Zachary, Isabella, Ian, Tanner, Avrey, Eva, Raquel, Liana, Sofia, Olivia, Alicia, Julia, Marcia Kay and his in-laws: Donna and Bob Heeringa of Holland, Nick and Jane Fowler of Allendale and several nieces and nephews. Juan was the founder and director of Rose Park Orphanage in Tijuana, Mexico for 28 ½ years, he and his wife moved to Holland in 1991 and attended Central Wesleyan Church. Juan loved to pass out Gospel Tracts and share his faith and his love of his Lord and Savior to anyone who listened. He was preceded in death by his brother Manuel, sisters Ofelia and Socorro and sister-in-law Marcia Fowler. Funeral services will be held at 11 a.m. Monday, August 4, 2014 in the Chapel at Central Wesleyan Church, 446 West 40th, Holland, MI 49423. The Reverend Lynn Bruce will officiate. Visitation will be 2-5 p.m. Sunday at Langeland-Sterenberg Funeral Home, 315 East 16th Street, Holland. Interment will be in Pilgrim Home Cemetery. Memorial contributions may be given to Africa's Child or Lakeshore Pregnancy Center. www.langelandsterenberg.com

The family of Juan Sandoval created this Life Tributes page to make it easy to share your memories.

Juan Sandoval, age 87 of Holland passed away peacefully at his...

Send flowers to the Sandoval family.